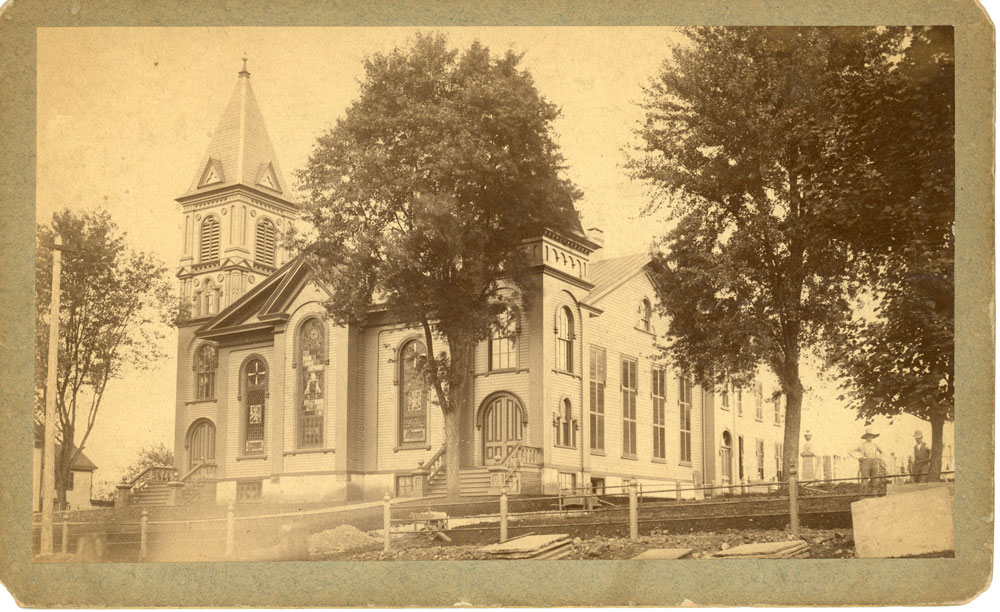 The original building of 1830 was lost to fire in 1845; on the same site it was erected and shortly afterward remodeled during 1864-68.  The steeple was blown down in a blizzard in 1888. In 1890, the building was enlarged sideways and a new facade was created.  The church features eight stained glass windows, added in 1906, that were designed in the Pre-Raphaelite Style, each displaying a different plant of symbolic Biblical connotation.